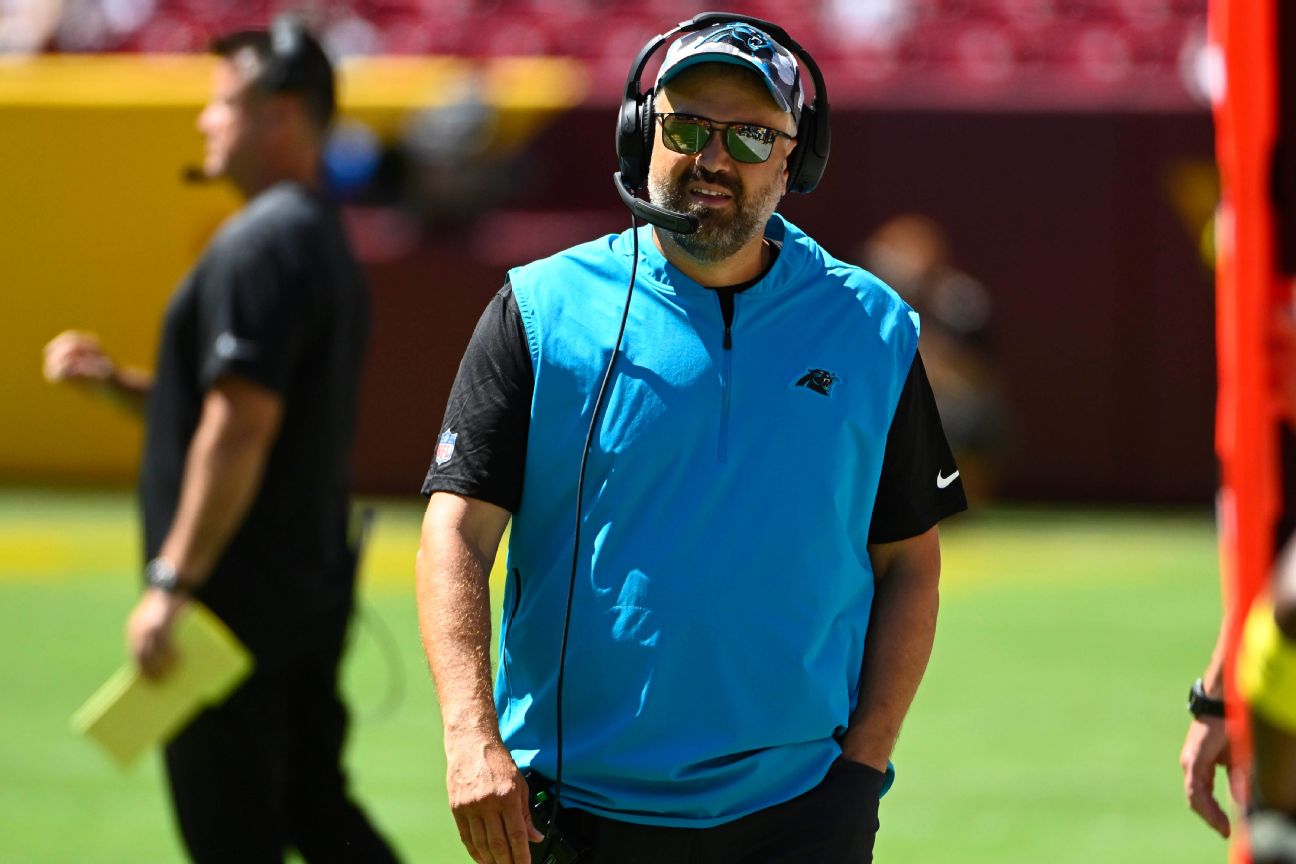 Nebraska has zeroed in on Matt Rhule as the Cornhuskers‘ next head coach and the two sides are working on finalizing a deal in the coming days, sources told ESPN on Friday.

Rhule, who was fired by the NFL’s Carolina Panthers in October, previously had successful stints in college at Baylor and Temple.

If hired by Nebraska, Rhule would replace Scott Frost, who was fired from his alma mater earlier this season.

The Cornhuskers (4-8), who are not bowl eligible this season, finished their 2022 campaign with a 24-17 win against Iowa on Friday and an official announcement on the hire could come in the next few days, sources told ESPN,

Rhule, 47, was less than three seasons into his seven-year, $62 million deal with the Panthers when he was fired after a 1-4 start to this season. Overall, he was 11-27 with Carolina, and the team went 1-27 when allowing 17 or more points.

He was still owed more than $40 million when he was fired by the Panthers.

Rhule had a reputation for turning programs around. In his third season at Temple, the Owls went 10-2 during the regular season. A year later, he led the program to its first conference championship since 1967.

The Cornhuskers fired Frost on Sept. 11 after a 1-2 start to the season and promoted Mickey Joseph to interim head coach.

Frost was hired by his alma mater in 2018 but was never able to get the Huskers going, compiling a 16-31 mark during his tenure. The Huskers never finished higher than fifth in the Big Ten West or going to a bowl under Frost.

Rhule would become the sixth Nebraska coach since College Football Hall of Famer Tom Osborne retired after the 1997 season. The Huskers haven’t won a conference championship since 1999 under Frank Solich or played in a bowl since 2016 under Mike Riley.

Rhule is no stranger to the Big Ten. He moved from New York City to State College, Pennsylvania, as a teenager. He played linebacker at Penn State from 1994-97 and began his coaching there as a volunteer assistant.

Nebraska athletic director Trev Alberts has lamented the Huskers’ lack of player development and physicality, particularly on the lines. Those areas would appear to be in Rhule’s wheelhouse. He was a defensive line coach at Temple in 2006 before moving to the offensive side as quarterbacks coach and coordinator. He left Temple for a year to be the New York Giants‘ assistant offensive line coach in 2012.

Rhule returned to Temple as head coach when Steve Adazzio left for Boston College, and the Owls went 2-10 and 6-6 before he put together back-to-back 10-win seasons and won the 2016 American Athletic Conference championship.

He was named Baylor’s coach on Dec. 6, 2016, in the wake of an investigation that found the private Baptist university had not responded adequately to allegations of sexual assault by players, resulting in the firing of Art Briles.

Rhule’s trajectory was similar at Baylor, where he went from 1-11 in 2017 to 7-6 with a bowl game the next season. In his third and final season, Baylor was ranked in the top 10, played in the Big 12 championship game and finished 11-3 after a Sugar Bowl loss to Georgia.

The Associated Press contributed to this report.

Item specifics Condition: New: A brand-new, unused, unopened, undamaged item in its original packaging (where packaging is applicable). Packaging should